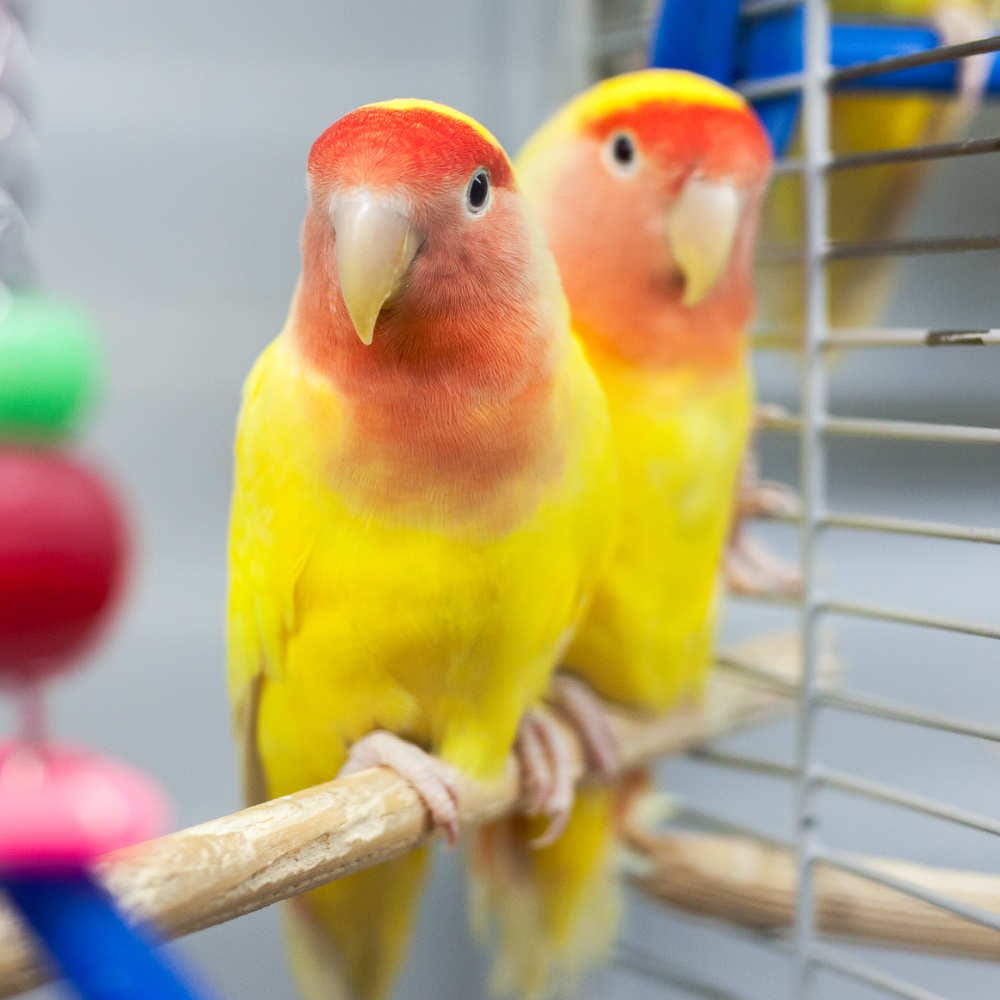 Converting your bird from an unhealthy, high-fat, all-seed diet to a nutritionally balanced and complete pelleted bird food diet can be stressful – not only for the bird, but also for you. Birds are creatures of habit who often prefer sticking to what they’re used to, rather than trying new things. Some birds would rather starve themselves than taste a new bird food, and others are too afraid of new bird food to even approach it. Fortunately, our “Slow and Steady” bird diet conversion method was formulated for birds who need to take their time with pellet conversion. 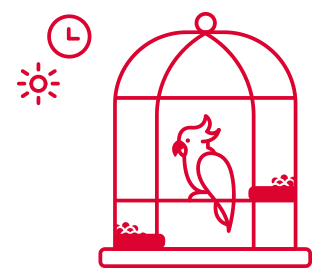 Cut Back On Bird Seed to Add More Pellets

The idea of “Slow and Steady” is to gradually reduce the unhealthy, familiar food while slowly increasing the new, pelleted food. Your bird’s behavior will dictate the pace; every bird is different. Some birds take to the new food in a day or two, while others may not touch it for two weeks or more. The key is to progress gradually, initially removing the familiar food at night, so that the bird wakes up hungry and more apt to try the new pellets.

It helps to offer the new pellets in your bird’s usual dish in the same spot, so that your bird knows where and how to expect food. If your bird approaches the new food, actively praise him by saying his name, scratching his head, or whatever else you can do to reinforce the pellet interaction. The first morning after removing the old food, be sure to encourage any interest your bird shows in the pellets (even if he doesn’t eat them!). If he hasn’t acted positively towards the new pellets after four hours, offer him a small amount of his familiar food in a separate cup – but don’t take out the new pellets and never mix the two.

Initially, he may not touch the new pellets for up to four hours, but that’s okay; a healthy bird can go four hours without eating. Once your bird starts to interact with the pellets, add two-hour increments to the times he has access to the new food only, until he is fully transitioned. If he shows no interest in the pellets, try moistening them with warm water or fruit juice to tempt him. Just don’t leave the moistened pellets in the cage for more than a couple of hours or they may spoil.

Watch Your Bird For Weight Change

Birds transitioning to pellets commonly lose weight, especially if they were eating a high-fat seed diet previously. Don’t panic, just remember to monitor your bird’s weight as you transition him by weighing him daily on a gram scale. If he loses more than ten percent of his body weight, be sure to alert your veterinarian.

The “Slow and Steady” conversion method is great for conure-sized or larger birds that typically eat with their feet and therefore may be more apt to picking up pellets to investigate. This gradual method also works well for nervous or shy birds who may be timid around new things. Remember, birds can take several weeks to transition to a new diet. Stay calm and be patient; getting your bird to eat a nutritionally complete pelleted diet has many health benefits, and will certainly be worth it! 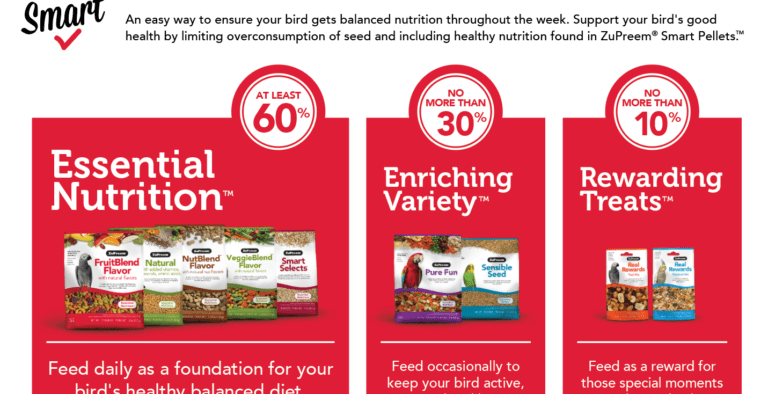 What Is A Pellet?

A pellet contains a balance of all the essential nutrients, including vitamins, minerals, and amino acids, that seeds lack and that your bird needs to stay healthy. Pellets also are lower in fat than seeds so that they are better 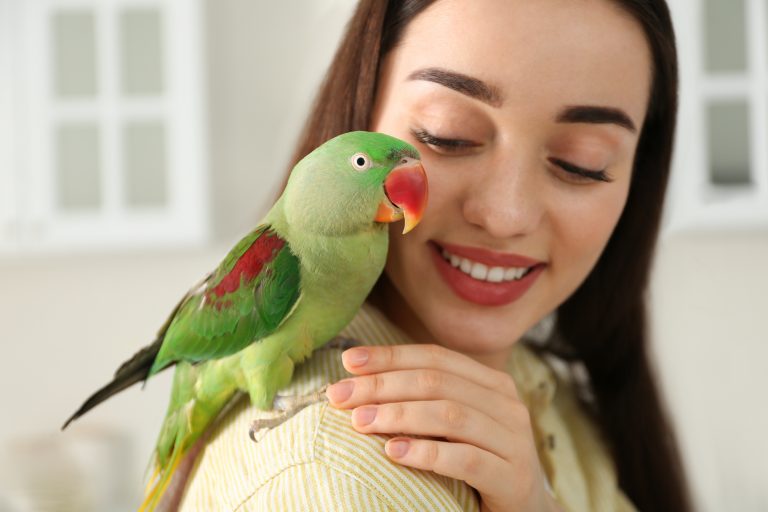 “Birdie’s Choice” Conversion Method: Give Your Bird the Power

By Dr. Laurie Hess, DVM, Diplomate ABVP (Avian Practice) Just as people like to choose the foods they eat, birds prefer to pick their own food. By offering food with a variety of colors and shapes, eating becomes more appealing 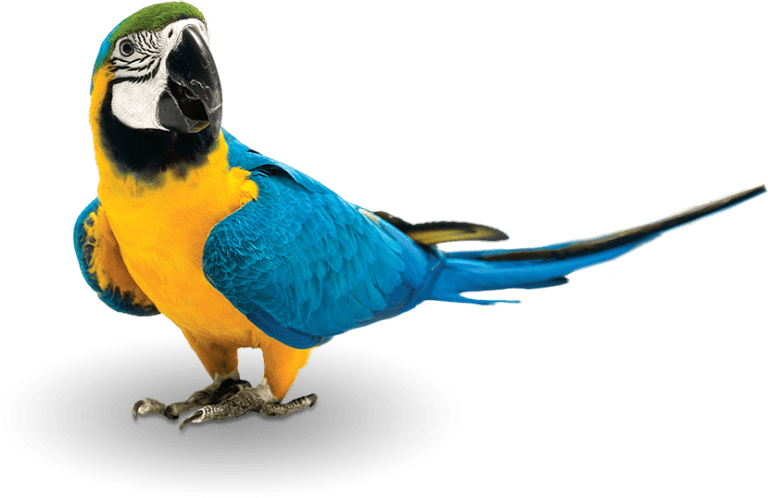 By Dr. Laurie Hess, DVM, Diplomate ABVP (Avian Practice) There is a misconception among pet bird owners that because wild birds eat seeds, pet birds should. However, this is not the case. A wild bird’s lifestyle is completely different than your 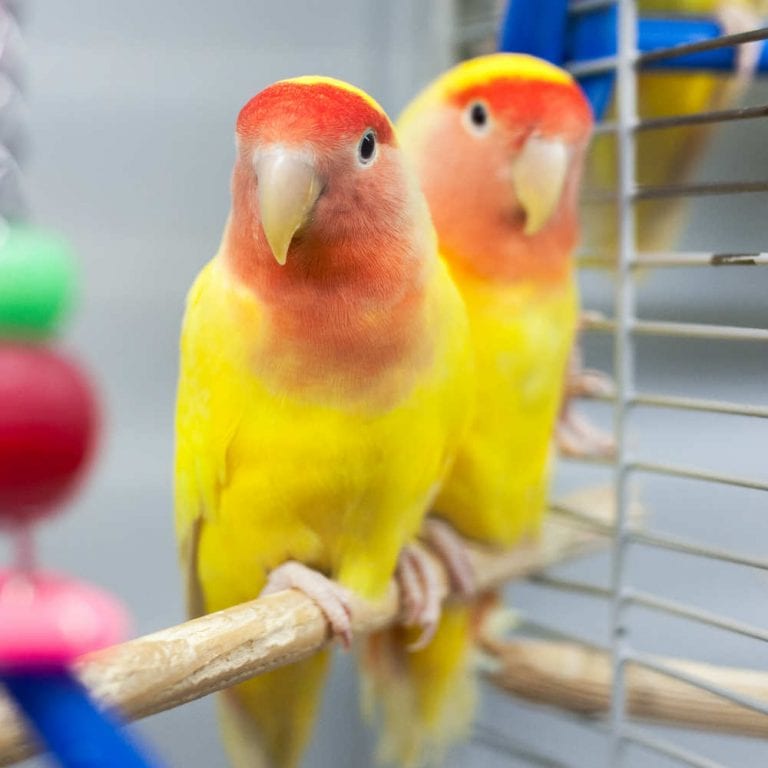 By Dr. Laurie Hess, DVM, Diplomate ABVP (Avian Practice) Converting your bird from an unhealthy, high-fat, all-seed diet to a nutritionally balanced and complete pelleted bird food diet can be stressful – not only for the bird, but also for you. Birds