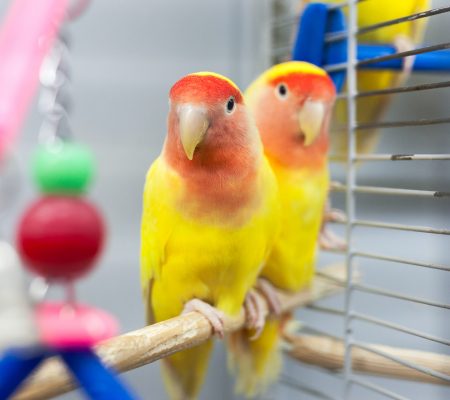 Does My Pet Bird Need a Friend?

The arrival of a new bird into a household is a big decision but the decision doesn’t end there. One question we often get asked is, “does my bird need a friend?” The answer is quite complicated.

Dr. Laurie shares below some of the key considerations.

Watch Does My Pet Bird Need a Friend? on YouTube.

Hi, I’m Dr. Laurie Hess and I’m here with my bird Dale. He’s a blue-headed pionus and he’s 24 years old and he and I (he is saying hello)… He and I want to tell you that we’re often asked whether birds need friends. If you have a single bird in your house, do you need another one?

And my answer is a little complicated. I think birds are incredibly social animals. In the wild, they live in flocks of hundreds to thousands of birds. But pet birds are different. When you get a pet bird, when it’s brought up alone in your house, that bird really bonds to the owners, to you, to the people that raised the bird as the rest of its flock. Often, birds don’t recognize other birds truly as conspecifics or friends or flock mates. They really see human beings as their flock mates. So birds can be very, very happy when they’re raised by themselves. Dale here, as I said, is 24. And although I have other birds in my home, he doesn’t really like to be around other birds. He likes to be the solo bird and center of attention.

So if you’re going to have a bird in your home and you’re thinking, you know, “do I want more than one?” The answer is you can have one bird if you do it the right way. So, I put bird in my family room in my house, which is where my family sits and watches television and reads right near where we eat dinner and we hang out, and so he loves to be in the middle of all the chaos. He has a television. He watches all day long. When he’s eating his bird food, as you see he’s eating right now, you can be eating your human food and your birds can be eating their bird food but you want to pretend that you’re sharing, so when you’re eating, they’ll often be eating as well. When you’re not home, you want to give them a lot to do. Foraging is really an important concept in bird medicine and bird behavior where the birds have lots of toys and they’ll have lots of things in this cage to play with. Some birds like to rip and shred things like cockatoos, African greys. Pionuses are more of, this is sort of his cage furniture and he likes it that way and he’ll swing and he’ll hang on things but he doesn’t chew a lot. So you want to make sure they have lots of stimulation.

If you are thinking of getting another bird, it’s usually better to do it when they’re young and they can be raised together. If you are going to introduce a new bird into a home where you have an existing bird that you’ve had for a number of years, you really want to do it slowly. You don’t want to just throw them into the cage together. So, you want to put them in maybe different rooms where they can hear each other for a while and in different cages far apart so they can see each other. You want too then if you’re going to move the cages closer together, you really, really want to watch because we do unfortunately see some trauma where birds can reach out and grab other birds, toss through the cage bars. So you really just want to do it very gradually.

But not all birds like other birds. I mean, the fact is that not all people like other people. Same is true for birds and birds can be raised very, very happily when they’re given the attention that they need, when they have lots of family time, when they have time out of their cage every day to interact with their flock mates, your family, and they can do just fine. So, the answer is you drop your bird doesn’t always need a friend if you are your bird’s best friend. 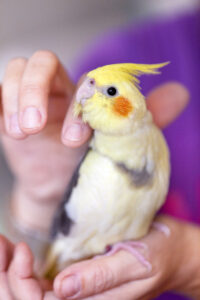 By Lindsey Newman, LVT It’s natural for pet owners to want to connect with their parrots through petting, but before you introduce physical touch, it’s important to know how to 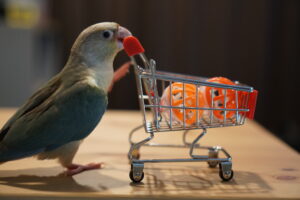 How to Train Pet Birds

You’ve most probably seen a movie where pet birds are well-trained and wished yours is like that. It’s possible! Here’s how. 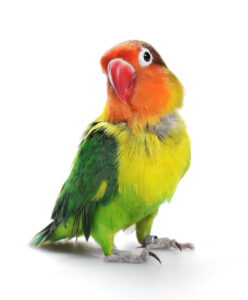 How to Get Your Exotic Pets Ready for Summer

By Dr. Laurie Hess, DVM, Diplomate ABVP (Avian Practice) Summer is here, and it’s time to enjoy the sunshine and fresh air, barbeque with friends, and take pets outside to