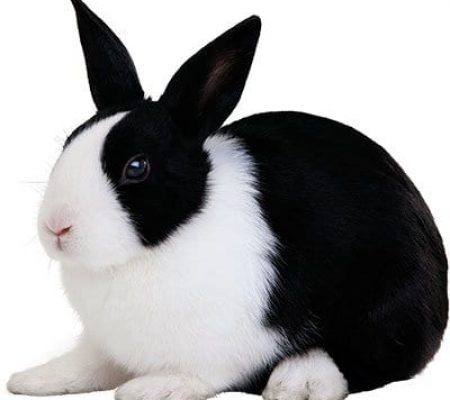 Best Cage for My Guinea Pig or Rabbit

There are a lot of good options but in general, the more room, the better. These animals do not really take up a lot of space, but they do like to exercise. They like to get out of their cages and run around. They’re going to be in their cages for several hours a day, since most of us, must go to work or out of the house. So, we often must keep our animals in cages. We want to make sure that they do have quite a bit of room to spread out, run around, get a little exercise, maybe even have a couple different levels to run up and down. Particularly, if you have more than one rabbit or more than one guinea pig in a cage. You must be careful that you’re not housing too many animals together or animals that are unfamiliar with each other.

In other words, you wouldn’t want to just put two unfamiliar rabbits together in a cage or two unfamiliar guinea pigs in a cage. Never have a guinea pig and a rabbit in a cage as they have diseases that they can both carry and transmit back and forth. So, you want to keep those animals separate. Sometimes rabbits can be housed together successfully, as can guinea pigs if they know each other, if they’ve been raised together and have become friends. If you have more than one animal in a cage, you need a bigger cage. It’s like if you have a couple of people in an apartment, you need at least a couple of bedrooms. Same thing holds for our rabbits and our guinea pigs, even our chinchillas.

Things to Consider When Looking for Cages

Ideally, you can buy used cage. It’s very tempting to go online where you can buy previously used equipment. Just remember that, if you are going to use something that another animal has lived in, make sure it’s in good condition, and you thoroughly disinfect it. Use a diluted bleach solution, spray all the cracks and crevices and clean it out. Make sure it’s not rusty and make sure there are no sharp edges and there’s no wire or metal sticking out that could scratch the animal.

Make sure that there is solid footing on the bottom. A lot of these cages have a wire mesh bottom or a grate on the bottom so that when the animal urinates or defecates, the poop and pee fall away from them. You do want to have one area of the floor that’s solid. This makes sure the animal that’s sitting on it doesn’t have constant pressure from that grate on the bottom of their very small, often delicate footpads. So, a small piece of plastic or wood, if you’re cleaning it often enough in a corner. The animal can get off that grate and relieve some of the pressure on their feet.

Options for Inside the Cage

Having a litter pan is great. Rabbits are very easily litter box trained and often the litter boxes fit neatly in the corner of the cage. They have some square ones, roundish ones, triangular ones, whatever works for you. Just make sure it’s big enough so that your animal can easily jump in and out of it and fit their whole body in there.

You also want to ideally have some levels for them to climb up and down. We don’t want to steep levels where they could injure their backs particularly with rabbits. They can certainly have some ramps going up to different levels so that they can climb. Same for guinea pigs. Guinea pigs often enjoy a smooth side of the wheel rather than having little cut outs or little holes in it. Make sure it has a nice smooth interior, so they don’t get their feet caught if they’re running in the wheel. Rabbits don’t generally like wheels. They can get injured too easily in a wheel. So, you do have to be careful.

How to Feed Your Small Animal

You want solid food bowls that are not going to tip over. So heavy stainless-steel bowls that are shaped so that they can’t easily tip. Most rabbits and guinea pigs will either drink from a water bowl or a water bottle that’s hung up. Remember, though, if you’re using a water bottle and you want to make sure you change the water every day. A lot of bacteria and debris can build up in the neck of the bottle in that little spout. This can cause problems and get clogged and lead to infection. You do want to thoroughly wash out that bottle and change the water, make it fresh every day. You can also offer your animal a bowl of water as well and see what they prefer. Either way, it’s better for them to stay hydrated in the best method that they know how to drink. Sometimes giving them a choice is good.

You want to have a bowl for their pelleted food. It’s important to provide some pellets to them for micronutrients particularly for guinea pigs that need vitamin C. You want to have an area set aside for the hay. A lot of people will choose to use little hay racks that fit on the side of the cage. This helps to keep the hay off the cage floor so that it’s not getting everywhere and they’re not stepping in it.

Bedding for Your Small Animal

Importance of Having the Right Cage for Your Small Animal

You don’t want to use any cages that have big spaces between the bars of the cage. The animal could get his or her head or foot caught in there. It really should be appropriate to the animals species. Guinea pigs should have cages made for guinea pigs and rabbits should have cages made for rabbits. Now, there are some very large rabbits like Flemish giant rabbits that might not fit in your typical rabbit cage. Then you do have to look to a bigger kind of dog crate type of cage or a penned off area.

If you do have a large area, like an extra room, that you could safely pen off an area for these animals that would be great. It gives them more space to run around. You want to make sure that the floor isn’t all carpeted because it’s something that they could eat. Carpet can also be kind of rough on their feet and they can get pressure sores or ulcers on the bottom of their feet. This is called bumble foot. You want to make it a smooth area of the floor. They can have a little soft area, either with carpet or fleece or something that they’re not easily going to chew to sit on. You don’t want it all over the bottom of the floor. You also want to make sure that all wires are tucked away and any painted baseboards that they could chew on. You kind of have to bunny or a guinea pig proof your room if you’re going to have an area gated off or set off for them to run around. Even if that’s an exercise area and they have a cage, you really must be sure that it’s safe.

Toys for Your Small Animal

You’re not going to provide them with too much space so you shouldn’t really worry about a lot of toys. It’s great to have wooden blocks for rabbits to chew on. There are some hay toys that they can have. You don’t want to have anything that’s plastic that they could bite off and ingest. Remember, they have a very strong jaw and a strong bite so they can easily break things off. So plastic thing and metals that they could break their teeth on. You can use like hard Kong toys for dogs. Those are solid kind of rubber type things that they can chew on as long as they can’t get through it.

Most rabbits can’t get through that, but you do want the solid type. Nothing that they could break off and ingest small pieces of. If they do ingest things that are made of paper or wood, that’s digestible. It’s fiber and cellulose that’s very safe. You just want to make sure it’s an area that you can easily spot clean. You should be scooping out the poop, getting rid of the soil, moist litter every day and thoroughly cleaning the cage at least once a week. If you have more than one animal in that cage and you want to do it more than once a week, probably a couple of times a week.

Placement of Your Small Animal’s Cage

You also want to make sure that it’s the cage is not in too of hot an area. Rabbits and guinea pigs can get overheated if it’s very, very hot. They do tend to like a little cooler environment. No higher than probably the low 70s, ideally. They’re very comfortable at that temperature. If they have a lot of fur, they can get really overheated. You want to make sure the cage isn’t under a window where there’s direct sunlight where they can’t get some shade. Certainly, if you take them outside at all in their cages, you want to make sure that they have water to drink and a shaded area. This way they get out of the sun, so they don’t get too overheated or baked in the sun. These are all things that you want to think about before setting up your bunny’s cage or your guinea pigs cage.

Make sure that as your animal ages, if there are a lot of levels that you adjust things. Animals get arthritis, too, and they don’t need to walk a lot of stairs. You may want to take out that ramp or those extra levels for a geriatric bunny or a guinea pig. Guinea pigs are notorious for getting lots of arthritis in their joints and in their knees. If it’s too hard for them to get around in their cage, they’re just going to sit stationary and not get a lot of exercise. Remember, set up the cage nicely. As your animal ages make sure that you do get them out of the cage to get them some exercise. There are a lot of safe options for these animals. It just really depends on how active your animal is, how big it is, and how much time the animal’s going get out of the cage. If the animals in the cage more, you want the cage to be bigger.