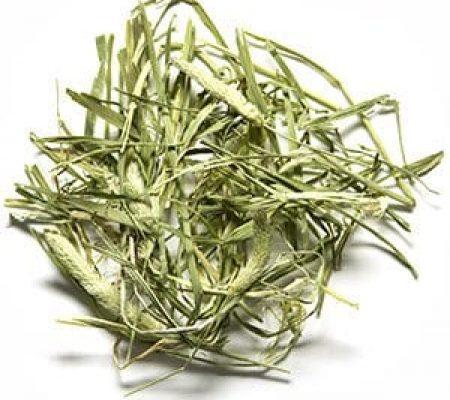 Why Hay is Important

Something that is important to small animals like guinea pigs, rabbits and little rodents is hay. If you have one of these animals, it’s probably the most important food in their life. Hay is a critical nutrient for these animals. It’s what keeps their intestinal tract and their teeth happy and keeps them healthy and strong. So, if you have one of these pets, you want to be familiar with the benefits of hay.

The Importance of Fiber

Why is fiber so important to these animals? Well, these animals are all herbivores, meaning they eat vegetable matter in their diet. Rabbits, guinea pigs, chinchillas and other smaller rodents have continuously growing teeth. They really need to chew fiber for a prolonged period as they eat to wear down those teeth as they come in.

In the wild, these animals are eating rougher shrubbery and grasses, higher fiber elements than we feed them in captivity as pets. In the wild, they’re easily wearing down these open rooted teeth, which means that teeth continuously grow. Unlike our teeth that once come in as an adult,  stop growing. Even through adulthood in these animals, their teeth grow continuously.

Importance of Hay for Chinchillas

It’s important that chinchillas eat and chew hay for a prolonged time to wear down the surfaces of their teeth. This way their teeth don’t get too long and hit the inside of their mouth and smash into other teeth. This is something unfortunately we do see quite a bit in clinic. In chinchillas, it’s extremely common because in the wild they’re chewing rough shrubbery. In captivity, when they’re not getting that kind of roughage in their diet, their teeth become impacted into their jawbone and into their gums.

For chinchillas this situation can impact all their teeth, which can be a very painful situation. Unfortunately, their teeth are not loose so it’s hard to extract them to solve this issue. Veterinarians end up prescribing pain relievers, anti-inflammatory medicine and softer foods for the rest of their lives once their teeth become impacted.

Prevention for Impaction and Overgrown Teeth

How can we prevent impaction from happening? How can we prevent guinea pigs from having overgrowth of their teeth? Their tongue on the bottom of their mouth gets entrapped between the bridge of their teeth which grows over their tongue which we see in guinea pigs. How do we prevent rabbits from having all kinds of abscesses and problems? They develop this condition from having overgrown teeth that hit each other and form sharp edges. The little sharp edges can cut their tongue, gums and potentially contribute to infection that would require surgery.

These are all the consequences of not having enough hay to help the alleviate dental problems these animals develop.

Hay should be the basis of their diet for other health benefits too. Hay also provides gastrointestinal benefits. These animals are herbivores, which means that they ferment their food. We compare a rabbit to the kind of digestion that a cow or a horse might have and that they digest high fiber. Their intestinal tract separates out the digestible particles of fiber from the indigestible particles of fiber. They use that fiber in their GI tract, in their stomach and in their intestines to absorb all kinds of nutrients.

Importance of Hay in GI Tract

This is important to their growth, their health and to help prevent disease. Without that long-strand fiber, these animals eat either too much fat or excessive carbohydrates. This causes a slowdown of food passing through their intestinal tract and they develop all kinds of abnormal bacteria. The bacteria changes in their intestinal tract and a lot of gas producing bacteria comes in when they’re not getting enough fiber.

This is condition is called GI Stasis or gastrointestinal stasis which produces a lot of gas and makes your pet feel uncomfortable. Additionally, pets with this ailment don’t want to eat anymore, it’s painful and they get horribly dehydrated because they’re not eating

A lot of that bacteria that builds up those gas producing bacteria in the intestinal tract produce a lot of toxic materials that get absorbed into the body and into the bloodstream. If left untreated, this can be a life-threatening condition. We advise clients that if their rabbit, guinea pig, or chinchilla is not eating well and stops producing a lot of stools or it slows down or the stool gets very small, that that is an emergency even within a day. It’s not like when a dog or a cat which  can go, three or four days without eating.  When your small animal gets into that situation, they must be treated by a veterinarian as soon as possible. They can be rehydrated and get that intestinal tract moving with syringe feeding. If you do have one of these animals, it’s important to speak with your veterinarian about it.

The best way to prevent this horrible GI Stasis condition from happening is to provide unlimited amounts of fiber in the form of hay. There are different types of fiber but not all fiber and not all hay is created equal. The different types of hay do have different types of nutrients. Alfalfa, for example, is a great hay if you have a growing or nursing animal because it has a more calcium in it than Timothy Hay.

Alfalfa is not a great choice, and you don’t need all that added calories and added calcium if your pet is an adult. We want to limit Alfalfa hay in the diet of adults because too much calcium can sediment out into kind of a sandy material in the bladder and potentially contribute to calcium-based bladder stones.

Proper Feeding for Your Small Animal

If we are feeding too much alfalfa, they might gain too much weight.  There are other types of hay that you can also feed to adult pets. Oat hay that is lower in calcium and low in calories. There’s meadow hay, which tends to be a little softer, greener, and a little sweeter. It’s great to provide your bunny, chinchilla, or guinea pig with a variety of hay to make it interesting for them. Sometimes they’ll get bored and we don’t want them to stop eating the important fibrous material of hay in their diet.

Hay should be the basis of their diet, but they do need some smaller amounts of pellets in their diet to provide micronutrients.  Many times, these animals love their pellets because those pellets are made of carbohydrates and we all love carbohydrates. But what happens when we eat too many carbohydrates? We gain too much weight and the same thing happens with our little bunnies and our guinea pigs and our chinchilla’s. We don’t want to feed an excess amount of carbohydrate. Usually for a rabbit, I say no more than about a quarter to maybe half a cup of pellets per four to five pounds of bunny per day.

You do not want to feed straight pellets or other foods like seeds or raisins or dried fruit. If they have some dried vegetable material or dried herbs, that’s one thing, because those contribute to the fiber in the diet. The other food like raisins and sugary dried fruit, just slows down the passage of food again through the GI tract, because that’s a lot of carbohydrate. Small animals don’t need that added carbohydrate. Your pet needs a base diet of hay with some added pellets and then fresh vegetables that provide a source of fiber and a lot of water for hydration to fuel that very large, voluminous GI tract.

Other Options for Small Animals

Giving them that variety, that amount of hay to kind of graze on all day keeps them happy. Some people use hay as bedding or use hay as litter in the litter box. You can use the different varieties of hay for bedding and for litter. I personally like to use it specifically for feeding. I think it might get a little confusing to them. I use paper-based litter in the litter box and paper-based bedding and then I feed hay separately. I like to feed hay in a little feeder kept up off the ground of the cage. They make little feeders that attach to the side of the cage and I think it keeps it neater. That way it doesn’t fall all down on the floor.

Some pet owners complain that hay can be a little pain because hay can get messy, but it’s very important in your small animals’ diet. There are high fiber pellets available. ZuPreem is now making FiberLong pellets, which is a terrific type of pellet. It has long strand fibers in it, just like pieces of hay truly in the pellet. The animal spends a long time chewing that long strand of fiber in the pellet. It’s not eating a crumbly little pellet that crumbles under the weight of its teeth. Also, that long strand fiber in FiberLong is great in terms of proper digestion in the GI tract. But, these pets still need ample amounts of hay if you choose to feed FiberLong.

The key to your pet’s health is long strand fiber and the correct type of hay. Talk to your veterinarian about your pet’s nutritional needs so you can be sure to feed him the right food to keep him healthy and happy.