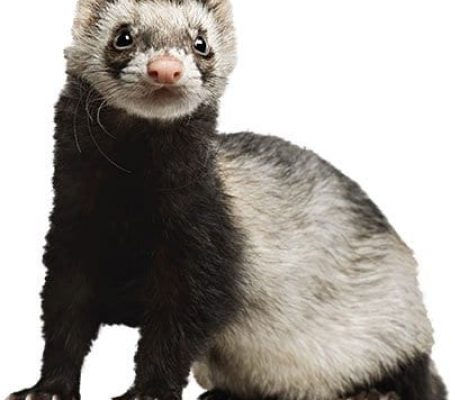 The Smell of Ferrets

Ferrets can make terrific pets under the right circumstances. One of the things that people will notice if you have a ferret or if you’re ever encountered a ferret for the first time is that they do have a very distinctive odor. It’s described as a musky odor. If you’ve never smelled it before, it’s kind of hard to describe. It’s not the most pleasant-smelling odor. It can be very strong if ferrets are not descented because this odor comes from two scent glands, one gland on each side of their anus around their rear end, that they typically use to mark areas within the wild. These are typically removed in ferrets that are bred and sold commercially like the ones you see in pet stores. Also note, ferrets unfortunately are illegal in certain states like California and parts of New York. But in general ferrets sold in retail stores or bred by private breeders are typically descented.

Ferrets are neutered at a few weeks of age, meaning the females have their ovaries and their uterus removed and the males have their testicles removed. This is done to prevent breeding and to help prevent the development of reproductive cancer and infection. When the scent glands are removed it does lessen the smell but it doesn’t eliminate the smell completely. Even descented ferrets do have a little bit of a musky odor, but it’s much less than a ferret who is what we describe as intact would scent glands.

What to Do If You Ferret Is Not Descented

Be that your ferret is descented. If you’re not sure, you can see a licensed veterinarian who deals with ferrets or a ferret breeder and they’ll be able to assist you with this.

Certainly, you can find undescented ferrets from breeders. Those breeders typically will not neuter or spay their ferrets for a while and typically leave them intact with their scent glands to get them to be bigger in size. Having reproductive hormones in the testicles or in the ovaries and the uterus makes the ferret grow bigger and have a thicker coat. There are some benefits to not having them neutered or spayed at an early age. There are some theories about not spraying or neutering ferrets at an earlier age to lessen the likelihood of certain types of cancers. When they’re not neutered and/or spayed, they’re typically not descented, since that’s all typically done as one surgical procedure. If you can withstand the smell of these ferrets like this, it’s okay to wait for a little bit to allow them to grow.

Other Methods to Minimize Scent

Bathe your ferret. I wouldn’t bathe them more than once a month because it can really be drying to their skin. They do groom themselves, so they don’t typically need to be bathed like a dog needs to be groomed and bathed. I would not use anything other than a mild pet shampoo. You can use shampoo is made for cats. There are some ferret shampoos that are probably very similar to the cat shampoos. The idea is to wash the shampoo thoroughly and do not leave any residual soap in their fur. They do groom and lick their fur and they’ll ingest that.

You don’t want to use any harsh chemicals like any cream rinses on your ferret. You should be brushing your ferret regularly to lessen the likelihood they’re going to ingest a lot of hair and have hairballs. It can block up their intestinal tract and potentially be life threatening.

Facts About Wesel Family Ferrets belong to the weasel family, as do skunks and weasels and badgers. They’re not rodents. All those animals have their own scent glands and have their own unique smell. We do see pet skunks as well. The musky smell of ferrets is not quite like that. It’s more of that sort of subtle, musky smell. It is similar in the sense that, you know, in the sense that when you pick up a ferret or when you’re near a ferret, you will smell that. If you’re thinking about a pet ferret, you really do want to think about whether you’re okay with that smell. There are some people who are very sensitive to smells and really don’t like to be around ferrets that have such a strong smell.

Consider if a ferret is the right pet for you because you can’t really eliminate that smell altogether. But it is something that you can get used to and you can minimize. Keep your ferret clean, brush your ferret regularly, feed them a high protein diet, something that’s not too high in carbohydrates. treat them well and keep them clean. This will help mini